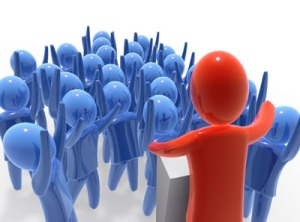 Representation-case procedures, also known as “ambush” elections, give more leeway to union organizing in companies through accelerated elections while denying employers the opportunity to address the union’s position prior to elections.

Here are some of the ambush election final rule’s significant provisions:

During the year leading up to this decision, IWLA joined the Coalition for a Democratic Workplace to fight against these amendments. Following the ruling, CDW issued a statement: “Today, the Coalition for a Democratic Workplace announced that it would sue to invalidate the National Labor Relations Board’s newly released rule that paves the way for unfair and illegal ‘ambush’ elections.”

“The NLRB’s rule is designed to prevent employees from gathering the facts before they cast a ballot for or against union representation,” says CDW legal strategist Josh Ulman. “The rule is yet another attempt by this agency to push the agenda of large labor unions at the expense of employees and employers. Time and again, the one-sided agenda of the president and his NLRB has been beaten back in court, and CDW will again look to protect millions of American workplaces by seeking redress through a lawsuit.”