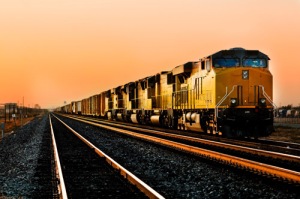 As reported by the Rail Customer Coalition: The U.S. Senate Committee on Commerce, Science, and Transportation examined STB issues during the hearing to re-nominate Dan Elliott to the Surface Transportation Board. The STB has been operating with only two of its three board positions filled. Returning Elliott to the STB will bring the board back up to full strength and help put it in a better position to address ongoing rate and service issues.

There were many positive statements during the hearing that underscored Chairman Thune’s commitment to STB reform. It was clear that Dan Elliott understands the serious issues facing the board. Here are some excerpts and links to the opening statements:

Chairman Thune:
“Mr. Elliott previously joined the STB as its chairman in 2009. During his tenure, he worked on important policy questions concerning competitive access, class exemptions from regulation, revenue adequacy and rate regulation. These are complex and interrelated issues that this committee and various stakeholders believe that the board must confront more effectively. That is why I have worked with Ranking Member Nelson to pass a bill out of this committee that would reform the STB, known as the STB Reauthorization Act of 2015 (S. 808).”

Dan Elliott:
“Many of the agency’s longstanding policies were adopted decades ago when the rail industry was struggling to stay alive. Now that the industry is both financially healthier and restructured with far fewer large railroads, I believe the board should continue the process I started to examine its core policies to ensure that they fit today’s modern rail industry and meet the goals that Congress laid out for the agency. Throughout this inquiry, the board must fulfill the mandate we received from Congress – balancing the 15 Rail Transportation Policy factors in the Interstate Commerce Act in a manner that serves the public.

“To this end, over the last 5 years, I led the board to an ongoing review of competitive access, rate regulation, revenue adequacy, commodity exemptions and other core policies.

“… This is the time to consider new ideas and invite our stakeholders to participate in that process so that the board has an effective regulatory process that makes sense today.”

View an archived webcast of the hearing.