As more and more people practice social distancing and look to order from companies like Amazon for essential goods, the company announced that 14 of its locations have employees who have tested positive for COVID-19.

Not only is this a problem that could impact deliveries for customers, but lawmakers are calling for additional safety measures for employees who are showing up to work every day in the midst of this pandemic. Amazon responded to claims it wasn’t putting the health and safety of its workers as a number one priority.

“Any accusations that we are not properly protecting our employees are simply unfounded,” Brian Huseman, Amazon’s vice president of public policy, said in a statement. “Our employees are heroes fighting for their communities and helping people get critical items that they need in this crisis.” Amazon has announced recently they plan to hire another 100,000 workers to keep up with the increased demand.

Amazon workers at 10 U.S. warehouses have tested positive for #coronavirus, a week after employees petitioned for greater protections at the workplace. 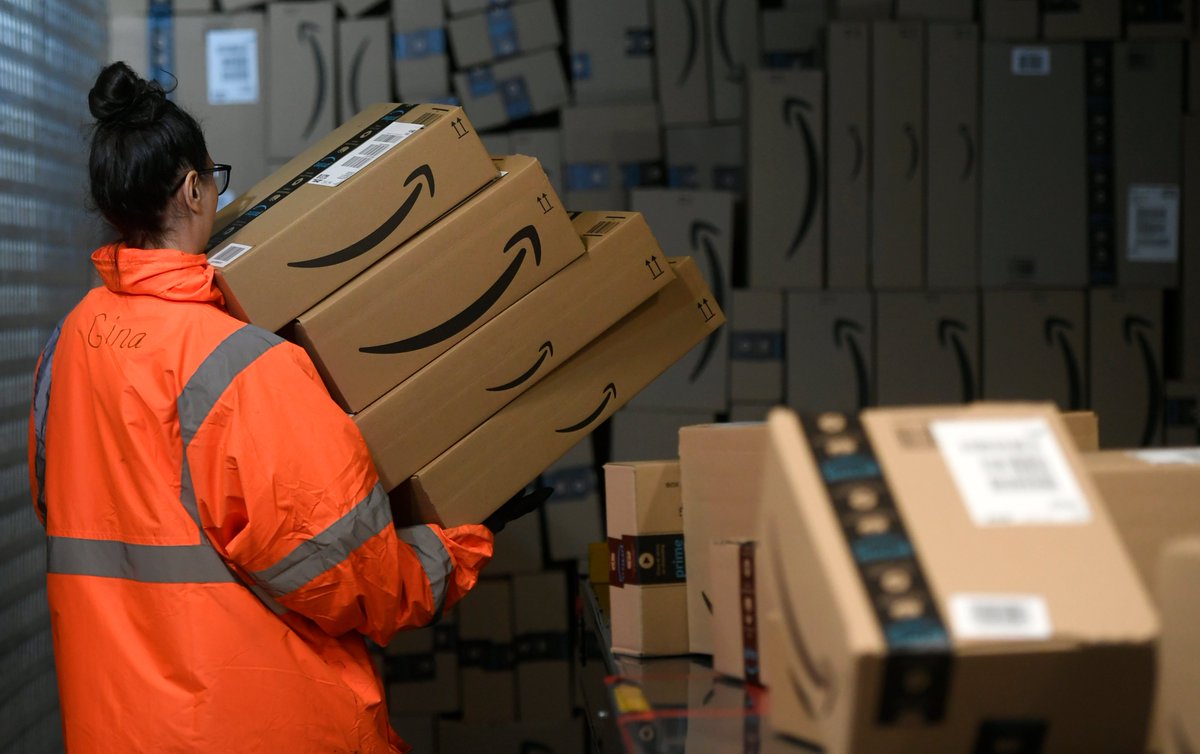 On Monday, Jay Carney, Amazon’s senior vice president of global corporate affairs, also sat down with CNN’s Jake Tapper to discuss specific recommendations for customers who may be concerned about receiving packages from Amazon. One recommendation is to wipe down all packages with a disinfectant. The second (if it contains non-perishable items) is to leave the packages outside for longer than the virus can survive, which is believed to be 24 hours on cardboard. Customers should also open packages outside and throw the boxes away immediately.

The retail giant also stated that it has increased how often its warehouses are being cleaned and changed some of its internal practices to ensure social distancing, like staggering shifts and break times. Some facilities that have reported coronavirus cases have been shut down for deep cleaning and others asked to self-quarantine if they were in contact with someone who has been infected. The company is also giving all of its workers in quarantine two weeks’ paid leave.