Amazon will begin screening employee temperatures at warehouses in New York and Seattle this week amid growing unrest about workers’ exposure to COVID-19. Those concerns reached a boiling point Monday at Amazon’s Staten Island fulfillment center when workers walked off the job to demand the company close the facility for sanitization.

Workers in more than a dozen Amazon facilities around the world have tested positive for COVID-19, including one employee at Amazon’s Seattle headquarters and a warehouse worker in Kent, Wash. The virus presents a unique challenge for Amazon’s network of fulfillment centers that power the company’s e-commerce business. Thousands of consumers practicing isolation have turned to Amazon for household items, groceries, and other goods.

The surge in demand makes warehouse workers even more critical to Amazon than usual. The company is hiring an additional 100,000 employees at its fulfillment centers to keep up with orders. Amazon’s public policy chief Jay Carney said the company received more than 50,000 applications for the positions within the first few hours of the announcement.

“Our employees are heroes fighting for their communities and helping people get critical items they need in this crisis,” an Amazon spokesperson said in a statement. “Like all businesses grappling with the ongoing coronavirus pandemic, we are working hard to keep employees safe while serving communities and the most vulnerable.”

Amazon says it has implemented extreme safety and sanitization measures inside its fulfillment centers. The changes include intensive cleaning, canceling stand-up meetings, spreading out work stations and rest areas, staggering shift times, and expanding sick time policies, according to Amazon. The company plans to expand temperature screening beyond New York and Seattle as quickly as possible.

More than one worker at the Staten Island facility has tested positive for COVID-19, according to CNN reporter Sara Ashley O’Brien. Amazon says the positive COVID-19 cases are not linked to each other and claims the employees did not have contact with one another. Employees at the site have been notified of confirmed cases, according to Amazon.

In an unusual move, Amazon criticized the employee who organized Monday’s walkout by name. A spokesperson said organizer Christian Smalls has made claims that are “simply unfounded.”

“We have heard a number of incorrect comments from Christian Smalls, the hourly associate claiming to be the spokesperson on this topic,” Amazon said. “Mr. Smalls is alleging many misleading things in his statements but we believe it’s important to note that he is, in fact, on a 14-day self-quarantine requested by Amazon to stay home with full pay.” Smalls told CNN Amazon’s warehouses are “breeding grounds for this pandemic.”

Live at @amazon JFK8 walkout to demand protections for workers and the public during COVID-19. Amazon is putting profits over safety#amazonstrike #ProtectAmazonWorkers 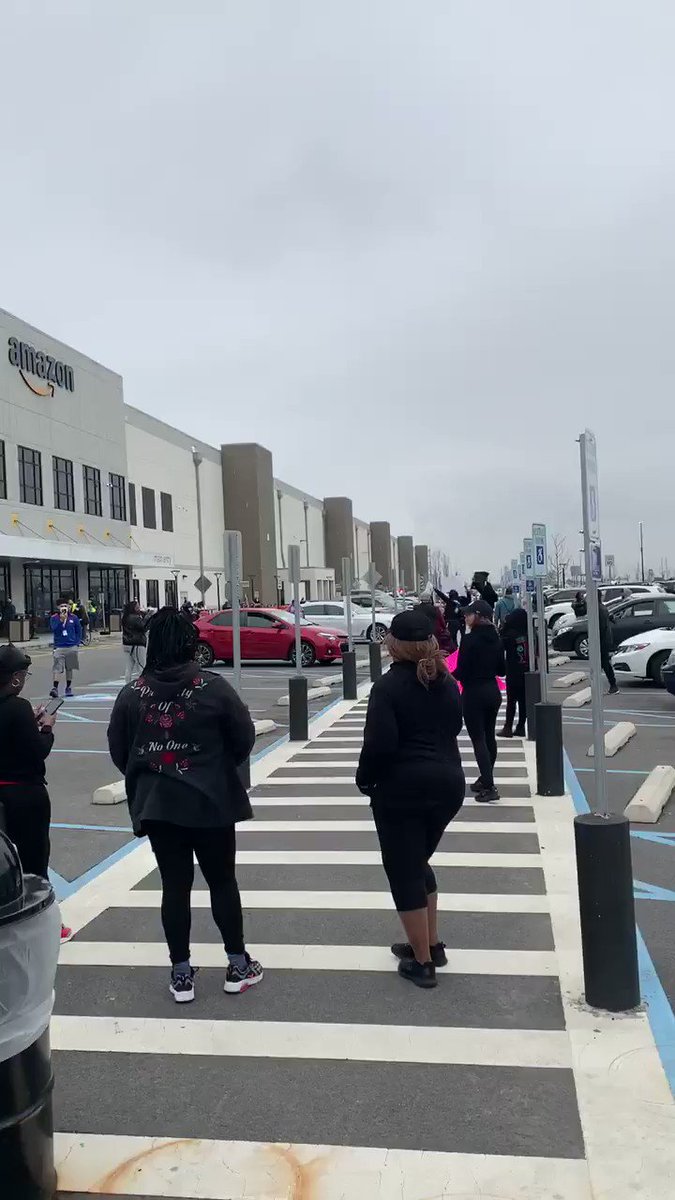 The demonstration in New York appears to just be the beginning. Employees at the Amazon-owned grocery chain Whole Foods plan to strike on Tuesday to demand broader coronavirus protections and testing. Organizers with the group Whole Worker are asking Whole Foods employees across the country to call in sick on Tuesday to demand a broad range of policy changes. The gig workers who deliver groceries for Instacart also walked off the job Monday to pressure the company to provide better protections against the virus.