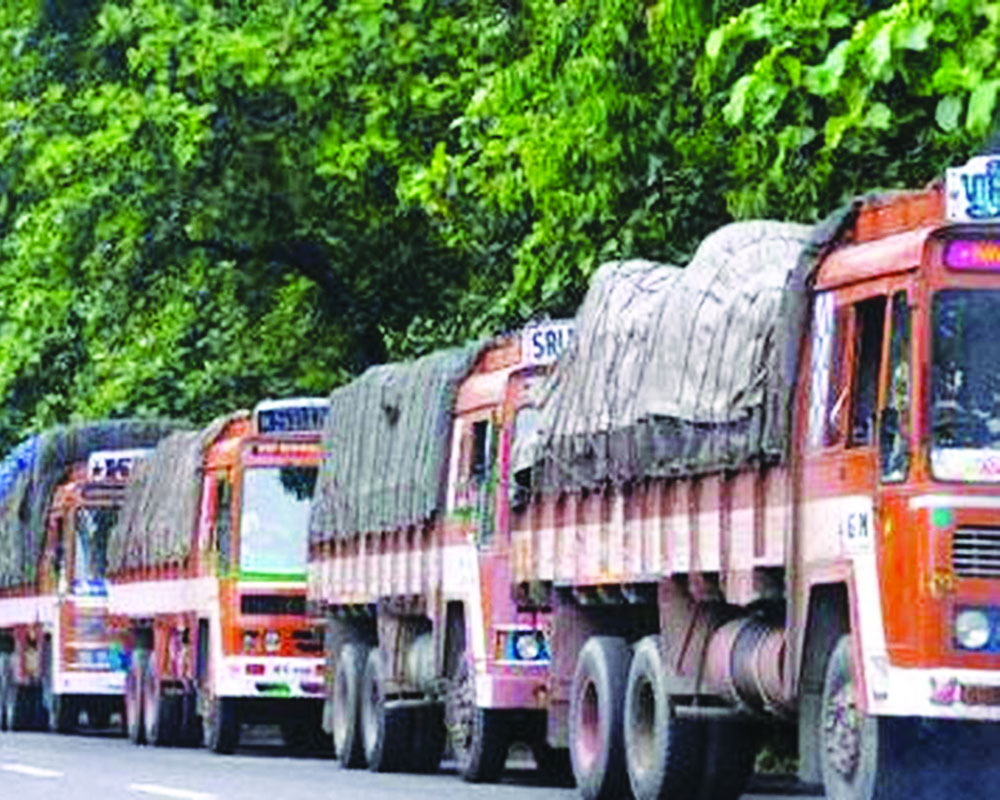 This sector has developed locally without following global standards.  Most players agree that setting standards and their voluntary adoption are the only way for reducing costs

After the extended lockdown necessitated by the need to contain the spread of the deadly Coronavirus in the country, the process of kick-starting the economy has now commenced in a phased manner. As it is the Indian economy was in the doldrums even before the pandemic hit the nation, making the lockdown that commenced from March 25 a hard choice for the Narendra Modi-led BJP Government at the Centre, which was caught between a rock and a hard place. Now, as various sectors of the economy are slowly opened up to save livelihoods, the logistics supply chain, which was in a suspended state for most of the commodities for more than 60 days, needs to gear up to function again.

However, given the fact that we have been unable to flatten the COVID curve as yet and instead have seen a surge in Coronavirus cases and deaths across the country, which has corresponded with the opening up of the economy, we have to rethink our operating processes.

The mode of operation of the supply chains may need to be tweaked now as cargo transporters may have to bypass normal or the shortest routes they usually take as they may be out of bound due to their location in containment zones, a place where all activities are disallowed. Moreover, the entire logistics operation now has to be undertaken while adhering to the new norms of social distancing.

As it is, the logistics sector in India is not too well-developed. Inefficiencies have grown over the years from a combination factors, like a non-conducive policy environment, extensive industry fragmentation and lack of good basic infrastructure. India’s indirect tax regime discouraged large centralised warehouses and over a period of time this has led to the fragmentation of the warehousing sector.

Of course with the introduction of the Goods and Services Tax (GST), there has been a move towards a centralised warehouse hub. However the pace has been slow as modern warehouses cost much more and the logistics stakeholders are yet to recover their investment from the scattered warehouses across the country. However, in the present scenario caused by the pandemic, this is indeed a boon to the logistics sector.

Fragmented warehouse distribution implies that logistic operations will be affected only in a region where the storehouses fall in a containment area. It may be possible to move cargo from other regions to the desired destinations.   Thus, a fragmented warehouse regime is probably more cost-effective in this situation than a centralised warehouse. While one can find a way to bypass distribution hurdles when finished goods are in stock, the issue is more serious in respect of production activities as a modern production unit sources inputs from different parts of the country and the world.

As the COVID-19 map of India shows, the principal industrial States of the country, namely Maharashtra, Gujarat, Karnataka, Tamil Nadu, Andhra Pradesh, the National Capital Region (NCR) and so on, where most of the industrial clusters are located, are also the States most affected by the Coronavirus. The majority of containment zones, a place where all activities are non-operational, are also located there.

In this scenario, even though the unlocking of economic activity is commencing, relaxation in non-containment zones continues to be a hindrance to supply chains, transportation and logistics.

A firm may have to close operations if right inputs/raw materials cannot be sourced if suppliers are located in a containment zone. In India, industrial clusters have developed around big industries in the metros, both of which now happen to be located in Coronavirus-hit regions. North-east India, which is practically unaffected by the Corona, does not figure in the industrial map of the country. There is no way that inputs can be sourced from there to carry out production. Thus, unless the entire supply chain is unlocked (or the number of containment zones declines), the impact of improved economic activity will be subdued.

A lockdown effectively increases the logistic cost of transporting goods in multiple ways. The shortage of labour at the point of origin and destination and new norms of social distancing may lead to increased time in loading/unloading activities, causing in effect lower efficiency and higher cost.

Though the inter-State movement of goods has now been allowed (barring containment zones) putting up of traffic barricades along the highways,  diversions to avoid containment zones and multiple checkpoints put up by law enforcement agencies would invariably lead to increased fuel consumption, costly delays and more time on the road.

Even in normal circumstances, the problem of harassment faced by the truck drivers at the hands of the Regional Transport Office personnel  and policemen is a serious issue across every route. With multiple barricades and officials on the road during the pandemic, harassment of drivers will surely rise manifold.  All these factors amount to a fall in transportation efficiency and thereby higher transportation costs.

In effect, the economy will have to live with higher logistics costs now, which will have major economic repercussions. As per the NCAER’s recently-released Quarterly Review of the Economy, a five per cent fall in efficiency in shipping in India translates to a 1.3 per cent loss in the Gross Domestic Product.

Thankfully, unlike transportation by road, freightage by rail is less hindered as there are no barricades on the railway lines. Moreover, in the absence of normal train services, there is less congestion on railway lines too. This is the time that the logistics supply chains could shift majorly towards freight transport by rail. As it is, the movement of cargo by rail turns out to be cheaper for distances over 500 kilometres.

However, if we compare cargo movement across major trunk routes (NCR-Mumbai, NCR-Guwahati, NCR-Chennai, NCR- Kolkata) where both modes — rail and road — operate, everywhere we see that the share of road transport is more than that of rail. This is the time to reverse the trend by ensuring timely delivery of consignment by the Railways.

However, Indian Railways needs a major policy correction in respect of freight. With the fall in economic growth, the overall demand for cargo movement will be low. Thus the Railways’ policy of operating a full length (52 wagon) cargo train does not sync with the current low demand. It makes sense to operate shorter cargo trains. But, most importantly, the Railways needs to stick to timely delivery to attract customers. There is no other reason why a consignment of pharmaceutical exports from Hyderabad via the Jawaharlal Nehru Port, for a distance of about 700 km, would be moved by road and not by rail.

According to the NCAER’s study on India’s Logistics Costs, more than 90 per cent of the cargo is moved by road on this route. A key message that is currently being played is go local to make an Atma Nirbhar Bharat.

This does not augur well for the logistics sector as it is highly capital intensive. If all entrepreneurs go local, the logistics investment will unlikely flow in as it would take a long time to generate the return from the investment. This sector has developed locally without following global standards. Most players agree that setting standards and their voluntary adoption are the only way for reducing costs.

This encompasses the following: Standardisation of truck bodies and loading/unloading docks for increasing operational efficiencies.

In the absence of a national blueprint on logistics infrastructure and standards, we observe no uniformity across India in these facilities. This is essential to reduce India’s logistics cost. Of late, a move has been made to modernise our logistics facilities by benchmarking them against international standards. One can only hope that our plan to go local does not hamper that process. If we are short of funds to adopt international norms of logistics facilities, it is best to go for a synergy in standard within India. The Government may interact with logistics stakeholders on this front.  Else, it will cost India in the long run in terms of competitiveness.