The U.S. government claims authority over interstate commerce (within and across state borders) with the intent of 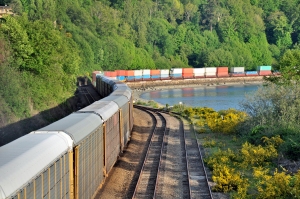 barrier-free transportation of goods. It has been this way since the enactment of the 1887 Interstate Commerce Act.

But nearly 126 years later, misinterpretations of this historical law by state and local municipalities, threaten the government’s authority over U.S. commerce.

John F. Tighe, II, President & CEO, Tighe Logistics Group, in Woburn, Mass., experienced an unwelcome push-back when he reopened a dormant rail location based in Winchester, Mass., nearly a year ago. Tighe has owned the location since the 1970s, but says he leased it out to a tenant who only used the warehouse facility, not the rail.

Years before, the property bordered an industrial park; now a residential neighborhood borders another side of the rail spur. As Tighe started preparations to reopen the tracks in the summer of 2012, the town acted to shut down rail activities. During town hall meetings, leaders cited violations of city noise ordinances as their primary objection. Eventually, in early July, the city issued a cease-and-desist letter, banning rail transportation on Tighe’s private side track and two Pan Am-operated tracks adjacent to Tighe’s warehouse.

Tighe and Pan Am sprang into action July 1: “We knew the town’s actions challenged the Interstate Commerce Act and federal preemption, so working with Pan Am Railways, an emergency petition for declaratory order was filed with the Surface Transportation Board (STB) to resolve the controversy,” Tighe says.

Even though half of his business is rail-based, Tighe says his main motivation for fighting the ordinance went well beyond him. “It’s an expensive process but the STB’s decision was going to have significant impact on a town’s ability to regulate common carrier rail service, and ultimately, trade and commerce in the United States,” he says.

The final STB ruling that arrived July 19: “In interpreting the reach of § 10501(b) preemption, the Board and the courts have found that it prevents states or localities from intruding into matters that are directly regulated by the Board (e.g., railroad rates, services, construction, and abandonment). It also prevents states or localities from imposing requirements that, by their nature, could be used to deny a railroad’s ability to conduct rail operations. Thus, state or local permitting or preclearance requirements, including building permits, zoning ordinances, and environmental and land use permitting requirements, are preempted.”

Tighe, who is a director on the IWLA board and who serves the IWLA Rail Council, is not only happy about the favorable ruling for his business’ sake but also for the industry’s sake. “Our case has set a precedent and will be used by other companies where local regulations conflict with the rights and obligations contained in the Interstate Commerce Act,” he says. For more information about the IWLA Rail Council and its work on your behalf, contact IWLA Headquarters: mail@IWLA.com; (847) 813-4669.