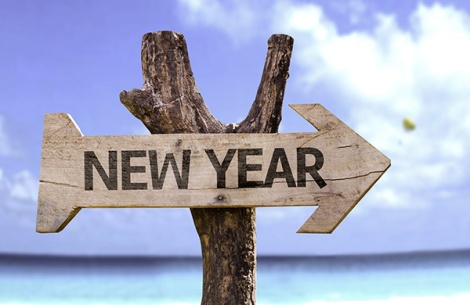 It’s been a whirlwind year at IWLA. Now is a good time to review many 2016 highlights and the momentum that will propel IWLA into a successful new year.

In January 2016, IWLA celebrated 125 years of warehousing innovation by debuting an anniversary video during the 2016 IWLA Convention & Expo in Orlando, Fla. The association honored its history – and members’ history – in the Warehouse Evolution: 1891 To Today Museum display in the expo hall. And, members created history during the convention: It was an event filled with special commemorative moments including a group photo and fireworks display.

Shortly after convention, IWLA announced a $75,000 fundraising campaign for the American Logistics Aid Network (ALAN).  IWLA committed $25,000 to the ALAN each year through 2018. IWLA asks its warehouse and partner members to pledge their commitment as well. By July 1, 2016, IWLA reached its fundraising goal and presented ALAN with a $25,000 check.

In April, IWLA launched the Find a Partner Member tool on the IWLA website. This tool, modeled after IWLA’s Find a Warehouse, helps warehouse professionals quickly identify IWLA Partner Members that can supply a needed product or service. Partner Members log in to customize the message and information about their product, service, and company. Please watch this video for step-by-step instructions on how to update your profile.

In May, the IWLA Diversity Council launched its website. This is the first step in the council’s goal of becoming a source of information and an action center to improving diversity and inclusivity in the warehouse logistics industry.

The IWLA Political Action Committee ramped up its fundraising efforts in the election year. During summer and fall, IWLA-PAC contributed more than $120,000 to help elect pro-business candidates from both parties. Many contributions were hand delivered by IWLA members during various political fundraisers and receptions. The IWLA-PAC earned an 88 percent success rate in the 2016 election cycle.

This is in addition to IWLA’s most important advocacy victory this year: A federal judge ruled against the overtime rule in November. After nearly two years of fighting against the overtime rule, IWLA members prevailed! IWLA joined the lawsuit to block the U.S. Department of Labor’s (DOL) new federal overtime regulations, arguing that DOL exceeded its statutory authority in issuing the regulation and violated the Administrative Procedure Act. The DOL’s rule was slated to take effect Dec. 1. IWLA joined with the U.S. Chamber of Commerce, the National Association of Manufacturers, and others in filing the lawsuit in the U.S. District Court for the Eastern District of Texas. This is a great example of how the advocacy process works, and how business leaders can ban together to fight laws that over step the government’s boundaries.

As IWLA charges into 2017, a couple of things are on the horizon. IWLA will officially launch the Fulfillment Council during the 2017 IWLA Convention & Expo, March 19-21, in Palm Springs, Calif. An increasing number of IWLA members have begun offering fulfillment services for e-commerce and direct-selling customers. The council’s primary function is to bring together members who either are working in the direct-to-consumer service segment or who are interested in offering these services.

Member can expect to hear more about the IWLA Warehouse Advocacy Fund (WAF) in the future. The fund provides strategic funding for lawsuits, regulatory consortiums, complaint filings, industry research, and regulations to enable IWLA to influence public policy at the federal, state and local levels. The WAF is funded by corporate contributions, separate from member dues, and directed by the companies that contribute to the WAF. IWLA is now accepting contributions based as a percentage of a member’s dues on renewal invoices.

The first accomplishment produced by WAF dollars is the Warehouse Economic Impact Report produced by PriceWaterhouseCoopers. The 3PL warehouse industry is a vital part of the U.S. and Canadian economies in the form of jobs, labor, income, GDP, and taxes. The study measures total economic contribution of the industry extends beyond its own employment of direct, indirect and induced contributions.